My first impression of Switzerland came from reading one of Einstein’s biography books. The greatest physicist ever lived, went to school in Zürich and worked at the Bern Patent Office, and developed his theory of relativity. Since then, the impression that Switzerland is a land of science was imprinted on my mind. So as an aspiring physicist, when I first learned about the EPFL internship program my freshman year, I knew I had to apply. Luckily I successfully became a part of this program in my junior year and got to visit this incredible country.

The project that I was working on was called “MuSCADeT”.  If you’re an experienced wine taster you’ll know that this is a very famous white French wine, and will probably wonder if my research was just drinking wine. Well I wish. It actually stands for “Multi-band morpho-Spectral Component Analysis Deblending Tool”. The basic idea is that when our telescopes take pictures of galaxies, the light coming from the blue and the red stellar populations in the galaxies are mixed together, and doesn’t tell us much about the composition and properties of the galaxies. So using this tool developed by my graduate student advisor, we could deconvolve the images into different stellar populations, which helps us better understand the structure and compositions of galaxies. For the limited time I had, my goal was to test the algorithm on simulations and real data, with the addition of a point-spread-function that serves to better resolve source objects.

My advisors Prof. Kneib, Prof. Courbin and PhD student advisor Rémy Joseph are working in the Geneva Observatory associated with EPFL, which was where I worked over the summer. Public transportation was the biggest challenge for me due to the secluded location of the observatory. But on the other hand, it was also very serene and picturesque, which helped me concentrate at work and also relax off work. Though I didn’t get many chances to talk to Prof. Kneib who oversees most of the researches, Rémy was more than helpful. The project was very well thought out, and I was given various useful resources and recommendations along the way. My colleagues were also very kind, I joined a group of people who gathered on every Friday to play football, which was great fun and also helped me fit in and and make friends. 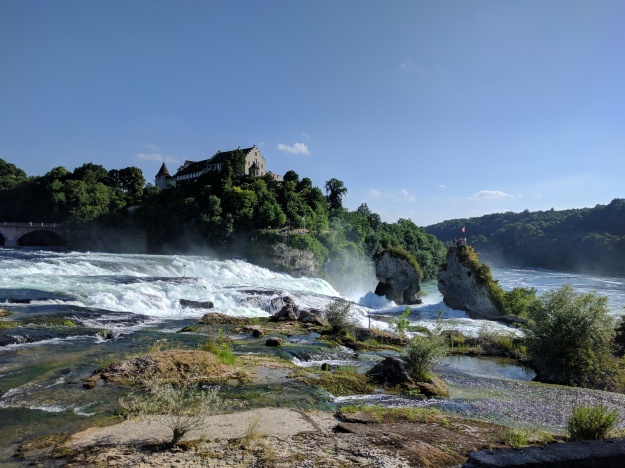 While I didn’t commute often during weekdays, I took the time to explore the country and the countries surrounding Switzerland over the weekend. The cities were incredibly lively with all the music festivals and wine tasting events; the hiking trails and the mountain views in Switzerland were some of the most beautiful and magnificent I’ve seen. Public transportation within the country and between Schengen states were very convenient, which enabled me to visit Zürich, Paris, Venice and Barcelona over the weekends without much haste. Switzerland is a place where work-life balance comes naturally, because even just resting alone by the beach, you’ll never bore yourself with the beautiful sights in front of you.

Welcome to EPFL ! Share your experiences during your Research Internship Program at EPFL and your life in Switzerland, and read other interns’ articles.